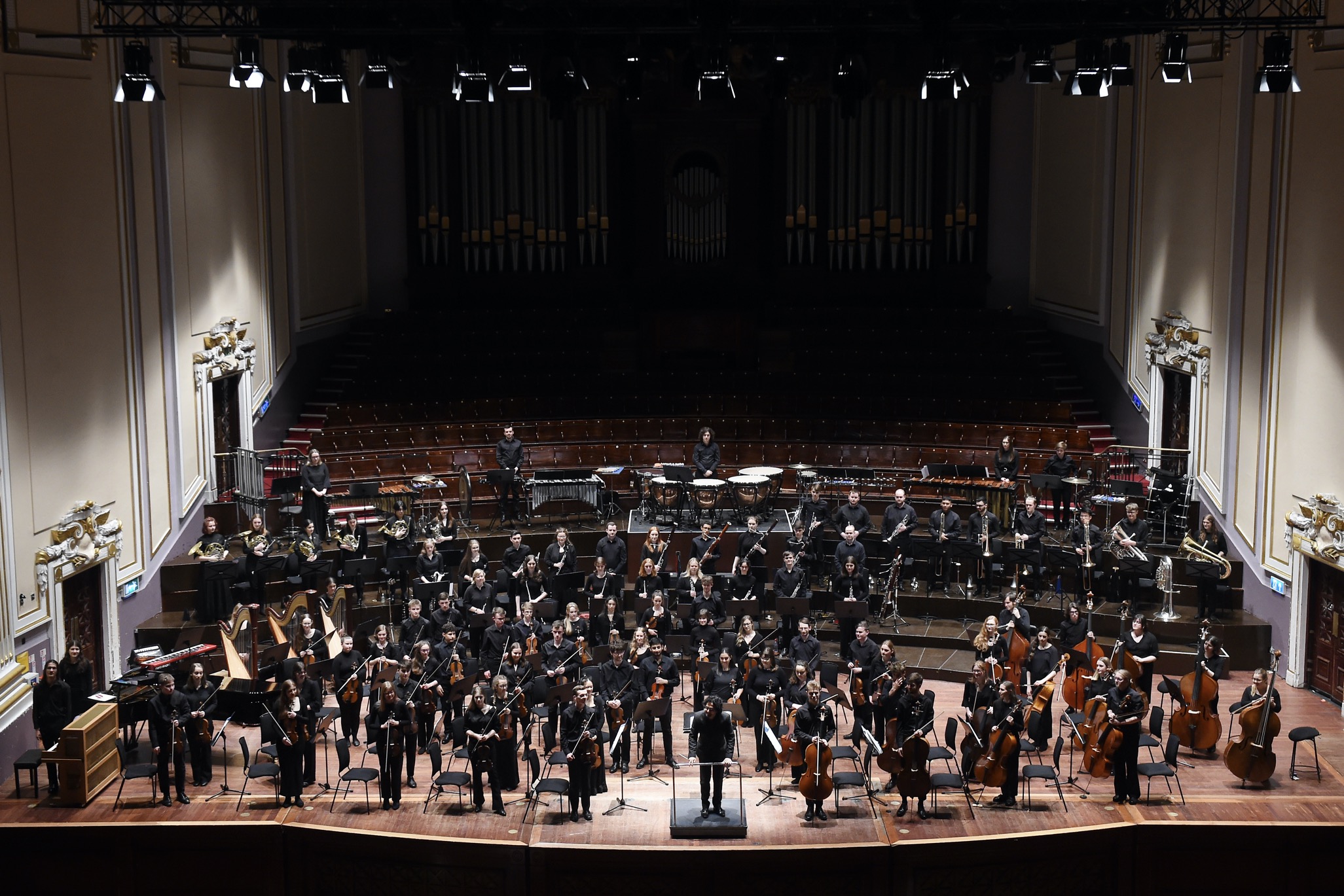 After two long years of working online NYOS Symphony Orchestra finally returned to in-person rehearsals on Monday 11 April 2022 at Strathallan School in rural Perthshire. The excitement was palpable among the ninety-eight strong Orchestra as they were introduced to award-winning conductor, Kerem Hasan. 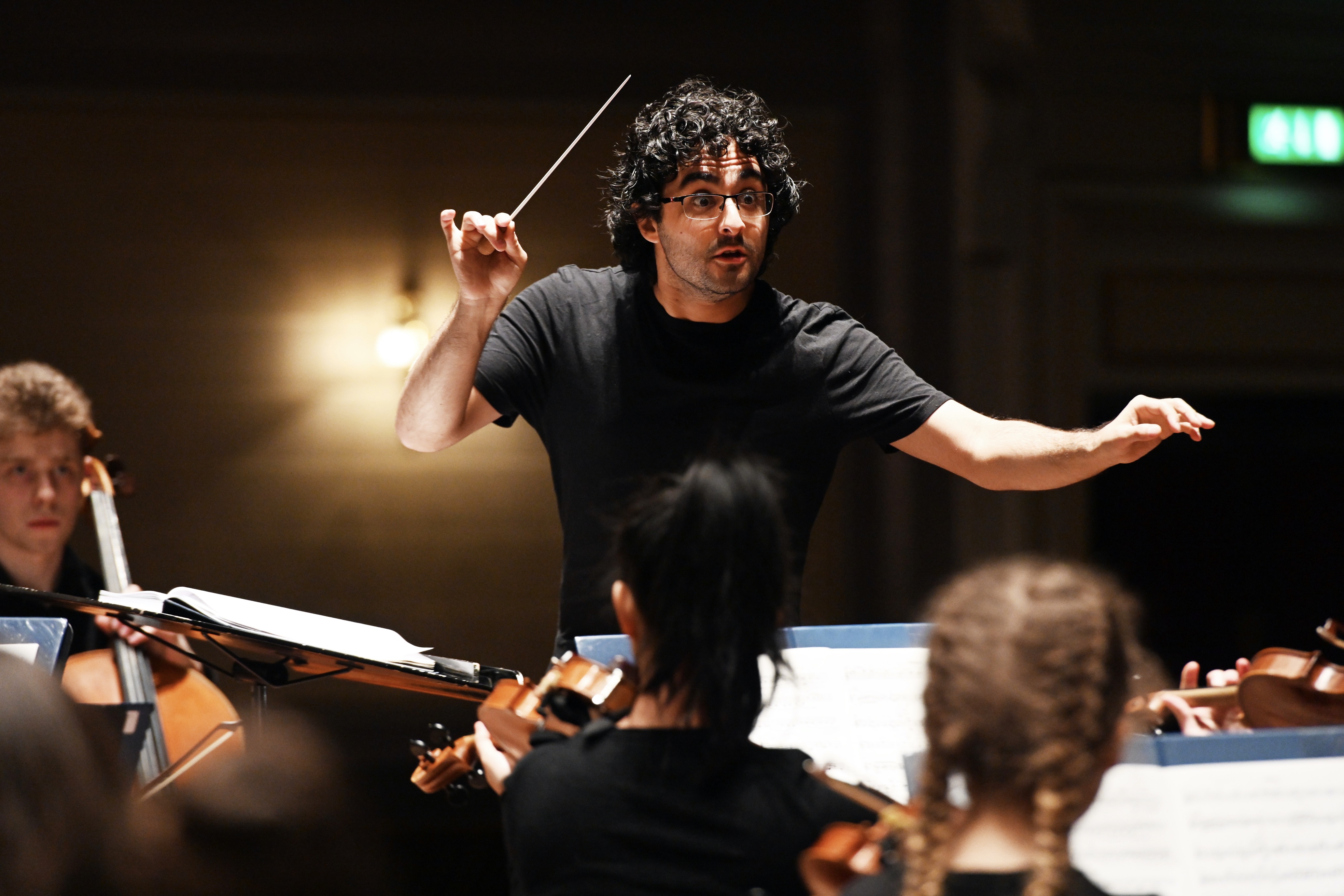 The Orchestra looked huge in its first full rehearsal boasting three harps, a litany of percussion (including tubular bells), a piano and a celeste. We all knew the programme was strong but seeing the orchestration manifest physically gave us all chills!

It's our final spring course of 2022 at NYOS as we welcome members of our Symphony Orchestra to @StrathallanSchl. The excitement is palpable and we can't wait to work with award winning conductor @KeremHasan and the amazing @JessGillamSax #NYOS2022 #Symphony #WeAreBack pic.twitter.com/B7FUfmXywB

Excitement almost reached fever pitch on the penultimate day of rehearsals as we were joined by award-winning saxophonist Jess Gillam. Jess has built an international performance, recording and broadcasting career after becoming the first saxophone player to reach the BBC Young Musician Final in 2016. She was a delight from the moment she arrived and all the students formed a great connection with her and Kerem.

Its the final day of rehearsals for NYOS Symphony Orchestra! This afternoon we were joined by the supremely talented @JessGillamSax ahead of our 2 concerts this #Easter weekend. More info and tickets here: https://t.co/F0gffE0FoI #NYOS2022 #Symphony #WeAreBack 🐣 pic.twitter.com/O7tXnUIn1P

We were delighted to renew our long-standing partnership with the Royal Scottish National Orchestra, featuring once again as part of the RSNO season in spring with back-to-back concerts in Edinburgh and Glasgow. 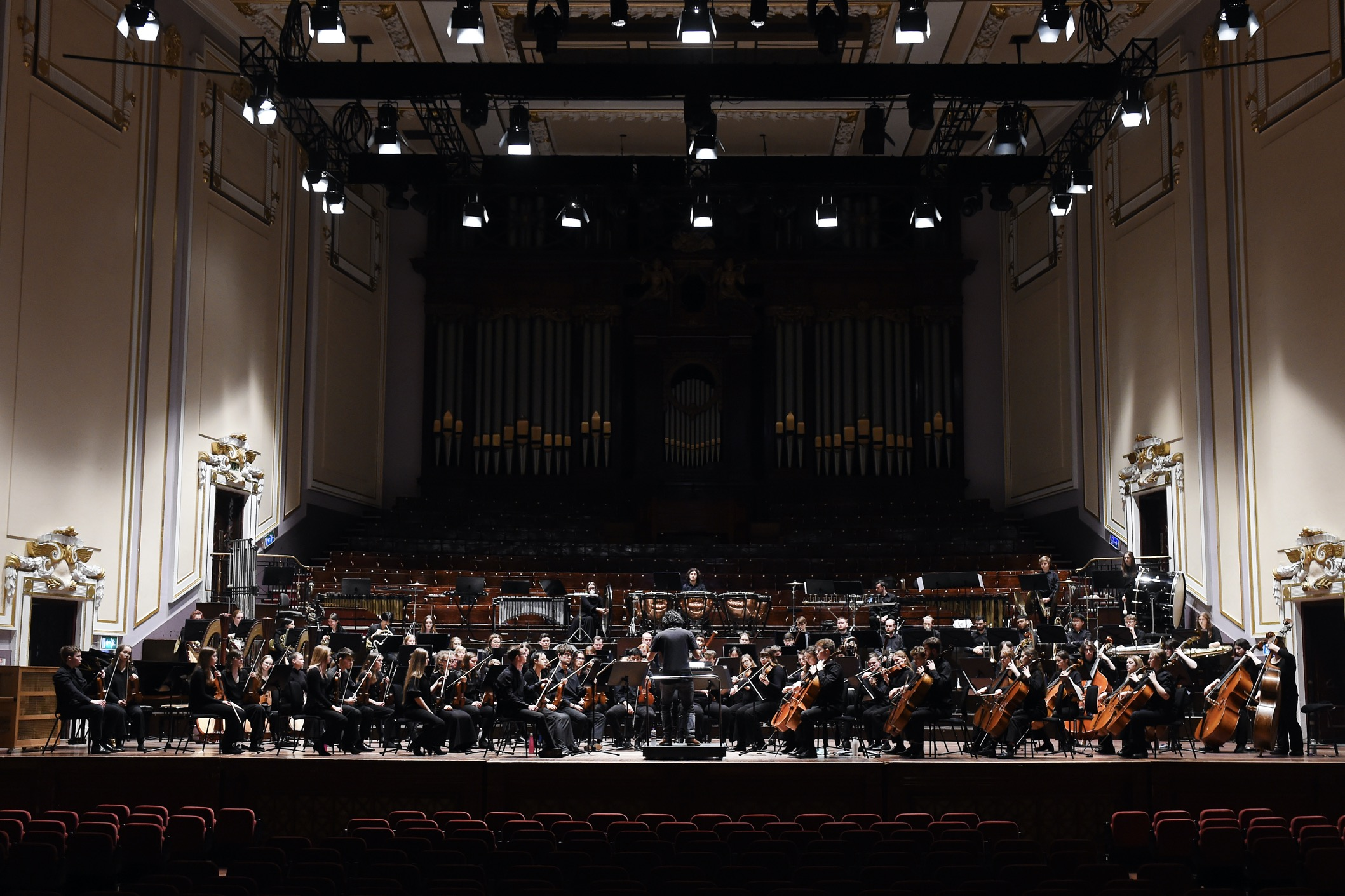 Upon deciding on a programme, conductor Kerem Hasan wanted to introduce our talented young musicians to a variety of musical styles so they could absorb as much diverse repertoire as possible. The concerts opened with Respighi’s exquisitely atmospheric, and career-defining, Fountains of Rome. A challenging, beautiful and indulgent work that allowed the entire Orchestra to shine.

“..today’s NYOS (Symphony Orchestra) could stand alongside any of the professional orchestras I have heard on this stage in recent history” Christopher Lambton, The Arts Desk 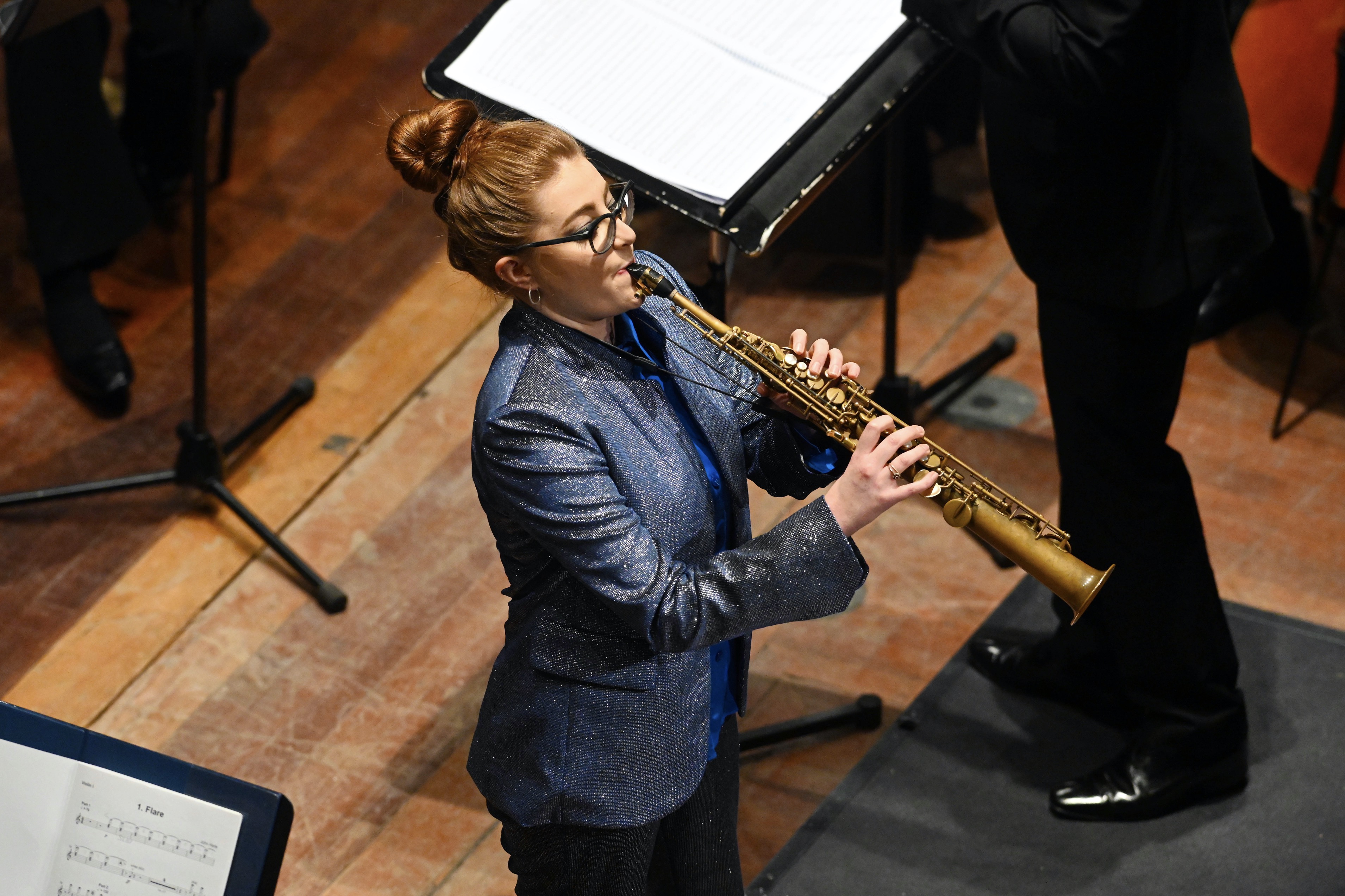 The Orchestra were then joined by the supremely talented soloist Jess Gillam on stage in John Harle’s vibrant and dynamic concerto for soprano saxophone, Briggflatts, an epic tapestry of orchestral colour based on Basil Bunting’s eponymous poem. Jess lit up the stage. Dazzling in her blue sequined suit, the audience were barely able to draw breath during the first movement “Flare”, such was its pace, power and level of difficulty. We were then able to settle down into a far calmer, collective awe during the jazzier second movement “Garsdale” before ramping up the energy once again for the fantasy-folk inspired third movement “Rant!”. A truly captivating piece of modern music and a breathtaking performance by this young, (still only 23 years old) superstar.

“Gillam was not only the star turn, but an irrepressible force of nature whose electrifying presence demanded nothing less in return from the orchestra” Ken Walton Vox Carnyx. To read the review in full click here.

@JessGillamSax what a phenomenal performance last nite in Glasgow. Mesmerising and not a bad backing group either @NYOScotland. You can’t beat live music.

Both concerts concluded with the very antithesis to the lighter opening pieces, with Shostakovich’s Tenth Symphony. A harsh and bleak work showcasing the composers virtuosic writing style. A soundworld that requires a certain style of playing that challenged every player in the Orchestra. A challenge which our Symphony Orchestra members met head on and conquered with aplomb. Watch the final stirring movement, in full, below:

“This was a hard, bleak, but confident performance that pulled Shostakovich’s many strands of musical argument..” Christopher Lambton, The Arts Desk. To read the review in full, click here.