Review: Fanfares and percussion from the National Youth Orchestra of Scotland 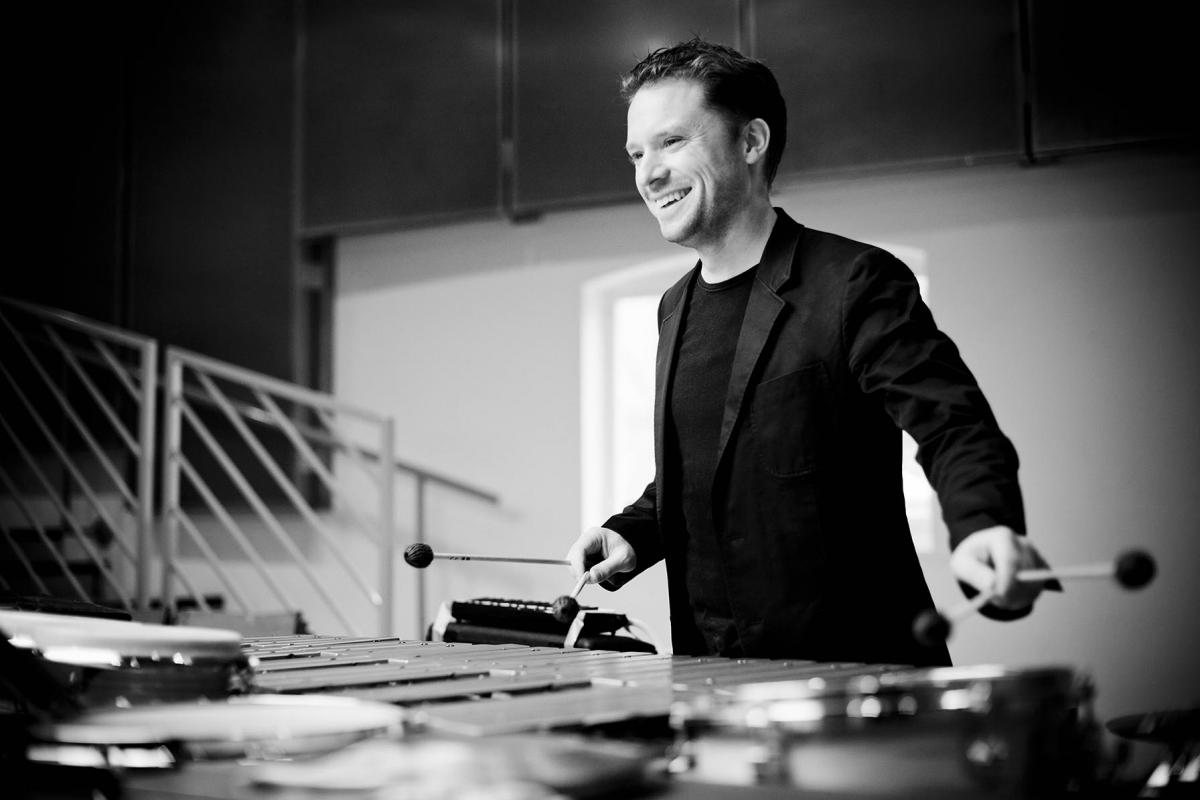 The BBC Proms are well under way, but coming in cheekily on the eve of the Edinburgh Festival, the summer concert tour from the National Youth Orchestra of Scotland, the classical flagship of NYOS’ musical family is keenly anticipated. The theme running throughout NYOS this year is the USA, and the all-American programme featured three big and challenging works for the whole orchestra, from familiar Gershwin, a recent percussion concerto from Andrew Norman to a symphony from Aaron Copland, in mainstream repertoire across the pond but rarely performed here.

Andrew Norman’s Switch was written specially for Colin Currie, international percussionist and alumnus of NYOS. An extraordinary piece, it uses computer game playfulness where the soloist and orchestral percussion players control the orchestra by section turning them on or off, triggering dynamic changes and suddenly jumping them into different musical worlds. The orchestral percussionists were arranged at the back of the orchestra, one at each far corner with two in between, as spatial geography is a key component in this work.

Beginning quietly in the absence of a soloist, the music switched into organised cacophony led by the percussion with antiphonal slapstick whips calling the changes. Suddenly Currie ran on, as if late for the performance arriving at his extensive array of instruments just in time to stir up virtuosic frenzy from the players. Conductor Michael Francis led the forces with clear direction and a steady beat, bringing a sense of order to this fragmented music. There were clearer moments when Currie ran up and down tuned cowbells with ethereal cymbal bowing from the orchestra and where Currie’s tuned blocks were set against piano and harp. At points various sections blew air through their instruments with a sinister whooshing, at others, muted tubas produced a sinister rumble. The overall effect was rather like have a TV turned up a few clicks too loud and someone with a short attention span surfing channels, yet it was utterly compelling to watch. Currie leapt about like a ricochet in a pin ball machine, the young players rising to the challenge with brooding intensity and devastating attack. After a fierce finale with three gongs the music was left in the air as Currie nonchalantly sauntered off as if suddenly tired of a gaming session.

Gershwin’s An American in Paris was a colourful opener, the players immersing themselves into the spirit of Parisian daytime bustle with motor horns and bluesy nights. With double woodwinds and seventeen brass players, the sound was rich and powerful, Francis drawing big sweeps with his arms, yet producing the tiniest detail from the lively score, the percussionists in particular working hard. Excellent solo work from clarinet, oboe, violin and trumpet, not to mention the sleazy saxophone trio, drew a series of sparkling vignettes, yet the overall exuberance was never allowed to get out of control.

The American landscape inhabits Aaron Copland’s Symphony no. 3 which features the familiar Fanfare for the Common Man theme, hinted at earlier on and bursting out in the last movement. Starting quietly, momentum builds from upper strings and brass to a workout for the whole orchestra, with a trombone solo and yearning strings. It is a very restless work, full of ideas which develop for only so long before the music moves on. A spiky Allegro was given punchy treatment with two noisy snare drums adding much excitement to a big finish. Ghostly beginnings with the first violins playing near the bridge begin the third movement built to a lively dance in the strings with interludes for two harps and celeste as the music quietened and the first fanfare was heard softly. The full brass section and timpani were thrilling, yet there was lyrical development and exceptionally fine detailed playing from the extended ranks of woodwind players. In a big night for percussion from start to finish, the work came to a noisy and exciting finish with ear-splitting crashes on the anvil and tubular bells.

The challenge of three really big American works in one night was certainly pulled off with style, reflecting the hard work over the summer by not only the young musicians but the tutors and pastoral staff. It was a special occasion welcoming Colin Currie back to NYOS in performance, and an opportunity to have Steve Reich’s “favourite percussionist” pass on a few more of his skills. At a pre-concert performance, as an unforgettable bonus, Currie and four NYOS percussionists gave a mesmerising performance of Reich’s Music for Pieces of Wood which is simply impossible to listen to without breaking into a huge grin at the playfulness as well as holding your breath as the poly cross-rhythms play tricks with your ears.

In Memory of Richard Chester