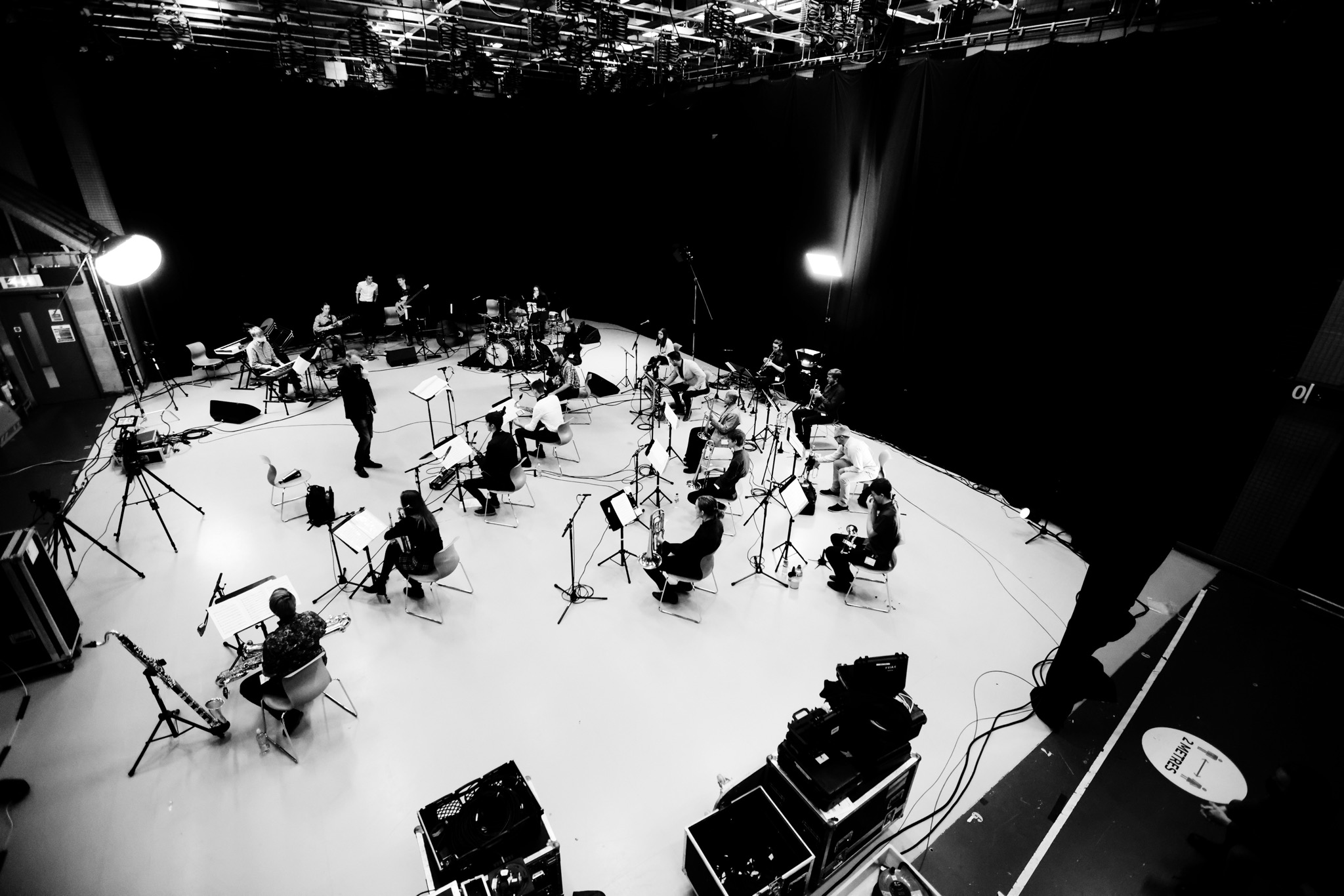 NYOS Jazz Orchestra, with very special guest artist Paul Booth were filmed and recorded LIVE at BBC Scotland Studios, Pacific Quay in Glasgow. The first NYOS ensemble to perform, in person, in over two years. It was an emotional return capped by a superb performance.

The audio recording will be broadcast this Sunday, 12 December from 9pm on BBC Radio Scotland’s Jazz Nights. The show, presented by Seonaid Aitken will also feature interviews with Director of Jazz at NYOS Andrew Bain, Guest Artist, Paul Booth, and members of the Jazz Orchestra. The film premiere of the performance will be streamed ‘as live’ the following day, Monday 13 December from 6pm.

Guest Artist Paul Booth: "The video looks and sounds amazing, congratulations BBC for doing such and wonderful job on the audio and to the video team for the edit. It’s incredibly classy."

Conductor and Director of Jazz at NYOS, Andrew Bain led Paul and the Orchestra through a full, 40-minute, concert style set, performing six tracks back-to-back. Three of Paul’s own compositions and three arrangements. Two of which are tributes to Chick Corea and Lyle Mays who we sadly lost earlier this year, together with a composition by the amazing Brazilian composer Antônio Carlos Jobim. Please find the full track list below.

Conductor and Director of Jazz at NYOS Andrew Bain: “After such a long period of online courses and rehearsals, it was a thrill to realise this music live at the BBC alongside our jazz artist-in-residence Paul Booth. He wrote so well for our jazz orchestra, and they all excelled in this live setting. Enjoy this performance of Scotland’s finest young jazz musicians. It’s electric!”

Multi-instrumentalist, Paul Booth was announced as Jazz Artist in Residence during our Season Launch back in February 2020. Over the past year and a half Paul worked ‘closely’ with our jazz students online, rehearsing, creating recordings and making lockdown music videos, but he was never able to meet them in person or perform live with any of them, until now.

We were delighted therefore to have this opportunity, thanks to BBC Radio Scotland, to bring the full Orchestra together with Paul, prior to his residency ending, to film and record the full performance LIVE in one of the super High-Tec studios at BBC Scotland.

NYOS Jazz Orchestra drummer, Guy Bathgate: “Having been away for so long, then being able to rehearse together and play live in a studio with a full band, alongside the incredible saxophonist Paul Booth and Andrew Bain, who is a brilliant conductor, and just play the music we all love, together. It was unforgettable!”